Long before he became a four-time Grammy Award winning, recording artist, performer, composer, conductor, arranger, producer, a composer for recordings and film, as well as one of the most celebrated acoustic and electric bass players in the world, Stanley Clarke was a student. Stanley’s “school days” were not only the inspiration for his world-renowned bass anthem, but essential to the origin story of the pioneering bass virtuoso from the streets of Philadelphia.

In his early teens, Stanley moved from the violin, his fingers were too big for, and the cello that never sat well with him, to an abandoned acoustic double bass in the corner of a school band room. It was the first of many moments that would shape his future and the role of the bassplayer for years to come.

With the guidance and encouragement of teachers like Eligio Rossi at the Settlement Music School, Stanley steadily developed technique and confidence on the bass. The tall, sports-minded kid began spending as much time on the bass as the basketball court, perfecting the mastery of the classical music repertoire he was studying, with aspirations of one day playing in his city’s symphony orchestra. 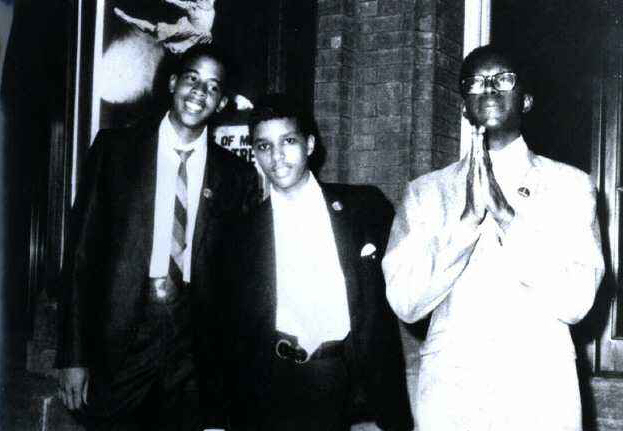 Stanley made his professional debut at 15-years old, when he was invited by saxophonist Byard Lancaster to join him for a week of shows at the landmark Showboat Lounge, where many of the greats like Miles Davis, John Coltrane, Art Blakey, Stan Getz and others would play and record. The gig, for which Stanley and drummer Darryl Brown were paid about $75, was an experience which sparked the flame of inspiration that would propel the nascent ambitions of the young bassist like a rocket.

With the arrival of the British Invasion bands and his Roxborough High School years, the electric bass, a Kent electric bass purchased for around $50, found its way into Stanley’s hands and so did opportunities to play parties and shows with many bands across the City of Brotherly Love. 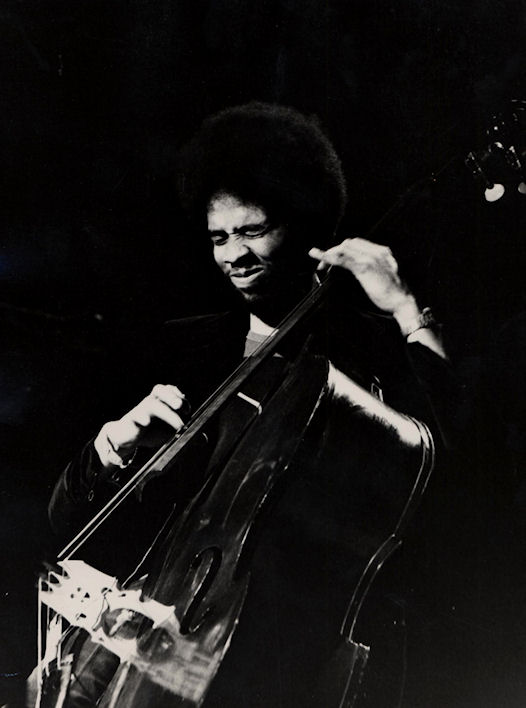 Upon leaving the Philadelphia Musical Academy (now part of the University of the Arts), Stanley made his way to New York City where he very quickly landed opportunities to work with such greats as Horace Silver, Art Blakey, Dexter Gordon, Joe Henderson, Pharaoh Saunders, Gil Evans and Stan Getz. He would also find himself playing again with Chick Corea. The two had met when Chick came to Philadelphia to sit in for a keyboard player in a band in which Stanley was playing. Almost immediately, the two recognized something in the talents of the other that night that would form the basis of their musical friendship and the creation of the groundbreaking jazz-rock fusion unit, Return to Forever.

RTF, which became one of the seminal bands of the fusion era, included Lenny White on drums, Billy Connor, and later, Al Di Meola on guitar. The musical personas, compositional skills and virtuosity of each player elevated the band and informed its enormous success and popularity. The group would tour the world many times over, achieving the kind of devoted following once reserved exclusively for rock bands. 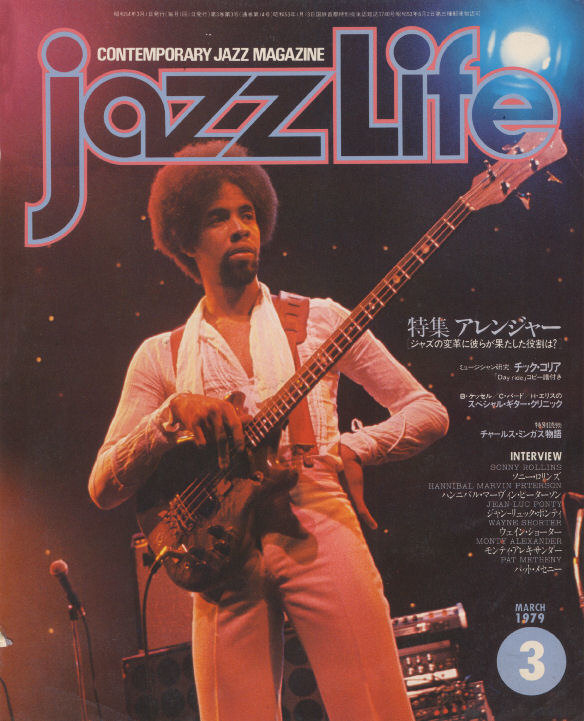 Stanley’s spellbinding dexterity on the bass was getting noticed whenever and wherever he performed. He was soon signed to Nemperor Records, co-founded by The Beatles manager, Brian Epstein. The release of his self-titled Stanley Clarke in 1974 and the widely regarded School Days two years later, took the world by storm, transforming the bass into a melodic and harmonic lead instrument, as never before. Stanley’s hypnotic, innovative approach to playing the instrument liberated the bass from the back to the front of the stage. In the process, he became the first jazz-fusion bassist to headline tours, sell out shows worldwide and have recordings reach gold status. His talent and success directly influenced and inspired a whole generation of bassists who followed in his footsteps. 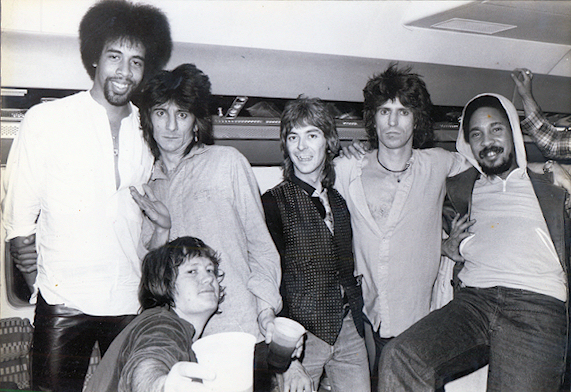 In addition to leading his own band,  Stanley remained enthused by the idea of exploring other musical possibilities with various artists. He accepted an invitation to join The Rolling Stones’ Ronnie Wood in the all-star band, The New Barbarians, which also included Keith Richards of The Stones on guitar, Ian McLaglan on keyboards, Bobby Keys on saxophone and Ziggy Modeliste of the Meters on drums. 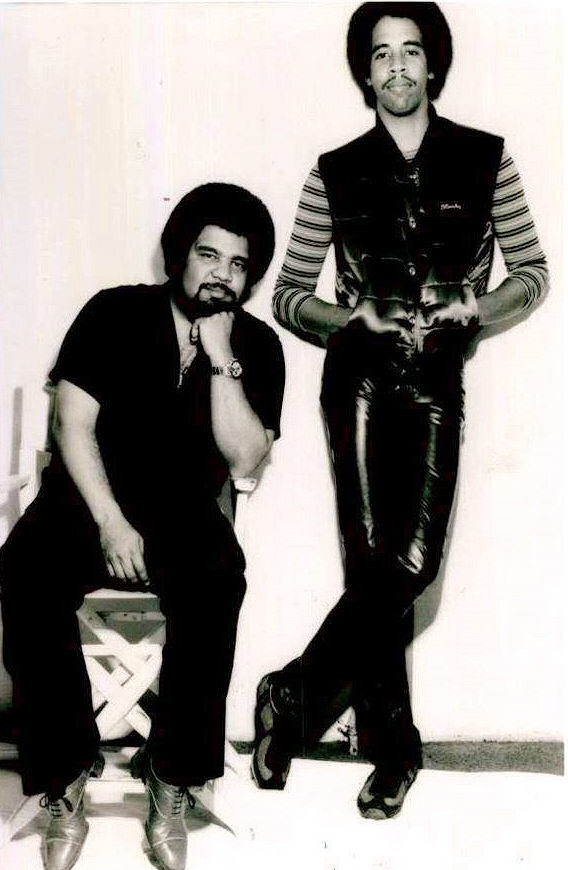 In the early 1980s, Stanley and longtime friend and colleague, keyboardist George Duke, teamed up to launch The Clarke/Duke Project. The duo scored a top 20 pop hit with “Sweet Baby,” recorded three albums and toured the world many times over. 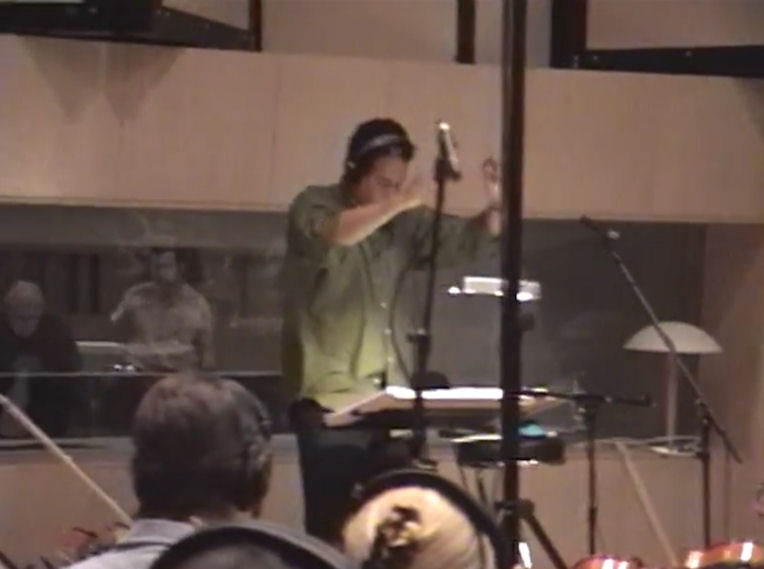 An invitation to score an episode for the popular CBS program Pee Wee’s Playhouse in the mid-1980s, resulted in an Emmy-nomination, and pointed Stanley’s boundless creative energy in an entirely new direction, producing scores for the silver screen and television. As composer, orchestrator, conductor and performer, Stanley has some 70 film and television credits to his name and scored such blockbuster films as Boyz ‘N the Hood, What’s Love Got To Do With It?, The Transporter, Romeo Must Die, Passenger 57, Poetic Justice, Best Man Holiday and The Five Heartbeats among others. He also scored the Michael Jackson music video Remember the Time, directed by John Singleton. Stanley has been nominated for three Emmys and won a BMI Award for Boyz ‘N the Hood. In 2014 he accepted an invitation to become a member of the exclusive Academy of Motion Picture Arts & Sciences.

Stanley’s artistry has been honored in every way imaginable: gold and platinum records, multiple Grammy Awards, multiple Emmy nominations, virtually every readers and critics’ poll in existence. He was Rolling Stone magazine’s very first Jazzman of the Year and bassist winner of Playboy’s Music Award for ten straight years. Stanley received Bass Player Magazine’s Lifetime Achievement Award and is a member of Guitar Player Magazine’s “Gallery of Greats.” He’s been voted Downbeat Magazine’s Reader’s and Critic’s Poll for Best Electric Bass Player numerous times. He was honored with the key to the city of Philadelphia, a Doctorate from Philadelphia’s University of the Arts and had his hand impressions added to Hollywood’s “Rock Walk.” In 2011, he also received the prestigious Miles Davis Award for his overall body of

Stanley also won a Grammy Award in 2011 for Best Contemporary Jazz Album, The Stanley Clarke Band, with Ruslan Sirota and Ronald Bruner, Jr., featuring pianist Hiromi, and was also nominated for the “No Mystery” cut as Best Pop Instrumental Performance. The same year, Stanley won a Latin Grammy for Best Instrumental Album with Forever, along with group members Chick Corea and Lenny White. Forever went on to win the 2012 Grammy award for Best Instrumental Album. 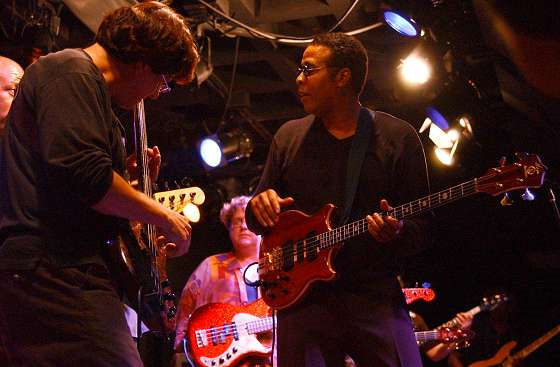 Based on a strong belief in giving back, Stanley and his wife Sofia established The Stanley Clarke Foundation, a charitable organization which awards scholarships to talented young musicians each year. The third annual Stanley Clarke Scholarship Concert featuring a diverse group of musicians including, Stevie Wonder, Wallace Roney, Bela Fleck, Sheila E., Stewart Copeland, Red Hot Chili Peppers’ Flea, Wayman Tisdale, Marcus Miller, and more, was released on the DVD Night School: An Evening with Stanley Clarke and Friends in 2007, with proceeds going to fund students.

Stanley’s recording label Roxboro Entertainment Group, launched in 2011, also serves as part of the mission to advance music and musicians. The label publishes his and other musicians’ work, as well as developing various projects related to music education. One of his most hands-on contributions is evident in the form of the piccolo bass, which he envisioned and developed with Carl Thompson and the tenor bass which was developed with Alembic.

Perhaps the thing that Stanley is most proud of is the role of his band as a showcase for the musicianship of established and developing artists over the years. This long list includes talents like keyboardist Deron Johnson, bassist Armand Sabal-Lecco, violinist Mads Tolling, 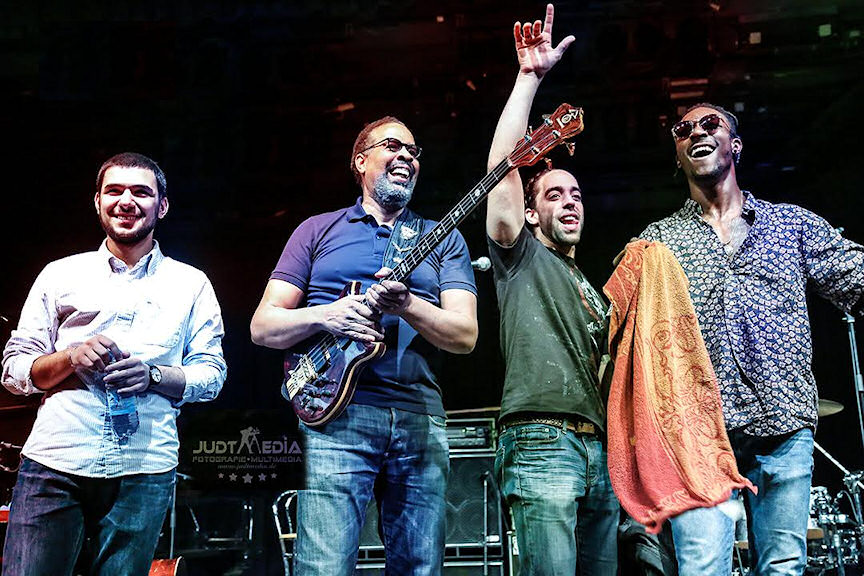 saxophonist Kamasi Washington, as well as its current members, keyboardist Cameron Graves, drummer Mike Mitchell and pianist Beka Gochiashvili, the latter of whom joined the band at 17 and 16 years old respectively.

Stanley remains as driven today as the teen prodigy from Philly with big dreams, and now, a lifetime of legendary accomplishments and contributions.